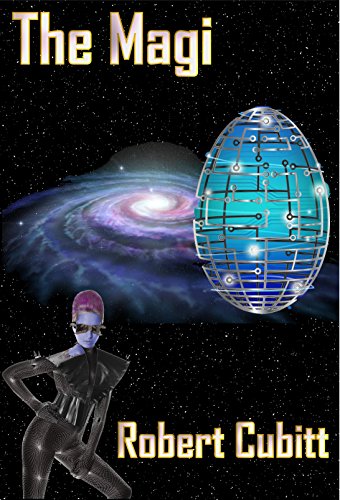 Some seriously well-known scientists support the idea that there are parallel universes, including Erwin Schrodinger and Stephen Hawking. They may not think of them in the way I have portrayed them, but they agree that they could, possibly, exist.

I needed a new plot device to challenge my protagonist, something she couldn’t fix by blasting it with a pulsar (her weapon of choice). So I put her in a parallel universe and she had to find her way back home again. To do that she had to find a scientist who knew about parallel universes and how to access them, and there were a whole load of other barriers to her getting home. This is book 8 of the series, by the way. It won’t be published for a while yet.

The series isn’t set on a world, it is set in our galaxy in which the characters visit many worlds. I try to introduce some diversity into it, as different species on different planets would evolve differently. They may have some physical characteristics in common (most of them have two legs, two arms and a single head), but they would be different in many ways. I don’t think there is anything unique in my galaxy, but I think there are many things that are different to our more familiar world.

I try to keep as close to genuine science as I can, but I have to make some things up otherwise I might as well set my story in my local supermarket (where I sometimes see things that are far stranger than I have imagined in my books). However, I try to base my made-up stuff on some of the thinking of proper scientists. For example, in order to cross the vastness of space without it taking centuries, my spaceships travel through wormholes, which act as short cuts. There are physicists who believe that might actually be possible.

I’m not good on tech. I use various gadgets to allow the story to work but I don’t think too much about the enabling technology. For example, the “communicators” my characters use are no more than present day mobile phones (cell phones), but the size and shape of a credit card. Apple are probably working on that already. My “pulsars” are really just extra powerful tasers that don’t need wires. The most imaginative tech I have created is a spaceship made entirely of light. Don’t ask me how it would work, though. That appears in the next book (book 5) “Timeslip”.

Space elevators. They appear in Book 3 (New Earth) and are used to build a massive space station the size of the Moon which is in orbit around old Earth. With that sort of technology we could really get space exploration started. NASA has accepted that the concept is feasible, but as far as I know, no one is actually working on the idea right now. Here’s a link to an article about them.

The biggest challenge facing us today is the damage we are doing to our climate, and therefore our environment, by burning fossil fuels. If we don’t find better, more efficient ways to generate renewable, low carbon energy there will be no tomorrow for our planet. This is the challenge for both our scientists and our engineers.

However, there is another challenge to be overcome and that is in shaping the opinions of our politicians, because they are the ones who decide government policies. Without the right policies on the use of fossil fuels our future looks bleak. I’m not just talking about the famine that would come about because most of our more marginal agricultural land would become desert, but also because of the wars that would start as nations fought over the remaining usable land and the water needed to irrigate it.

I feel that I’m more of a fantasy author than a sci-fi author, it is just that my fantasies are played out in space, rather than on a planet. Instead of orcs and elves I have Jackon and Arthurids and instead of quests to find magic swords I have a quest to find memory devices shaped like eggs. The big difference in my books, however, is that I don’t resort to the use of magic – I resort to technology instead (which might be a kind of magic – you can be the judge).

My books are space opera and are supposed to be fun. I would rather my books were known because they are an enjoyable read than because they say something profound about the human condition. If I have said anything profound, I apologise profusely, it wasn’t my intention.